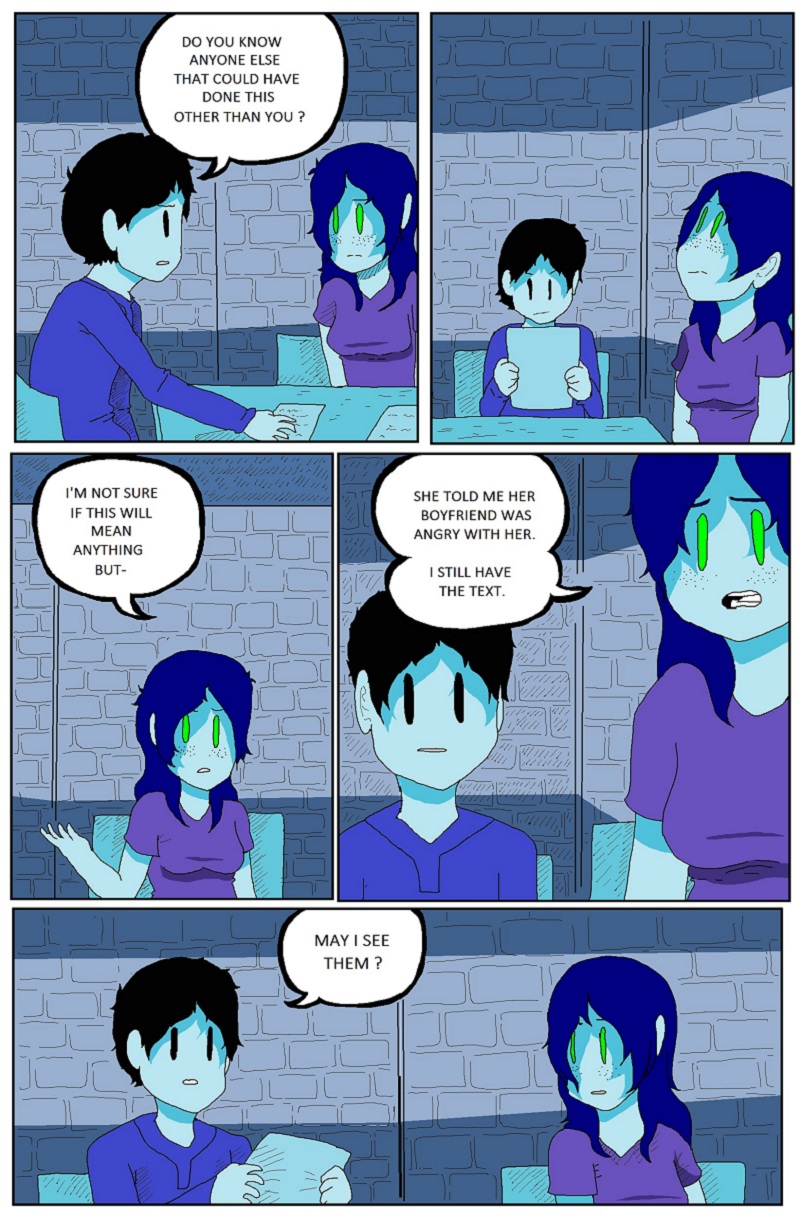 (Reader been lurking in the shadows for some time :-P )

The autopsy was done offscreen.
The next page on the first panel is conveying the rest of the conversation.
I'm just saving time by not recapping things people reading already know.
It would be just unwanted filler.
Big Nemo 29th Oct 2020, 10:10 AM
edit delete reply